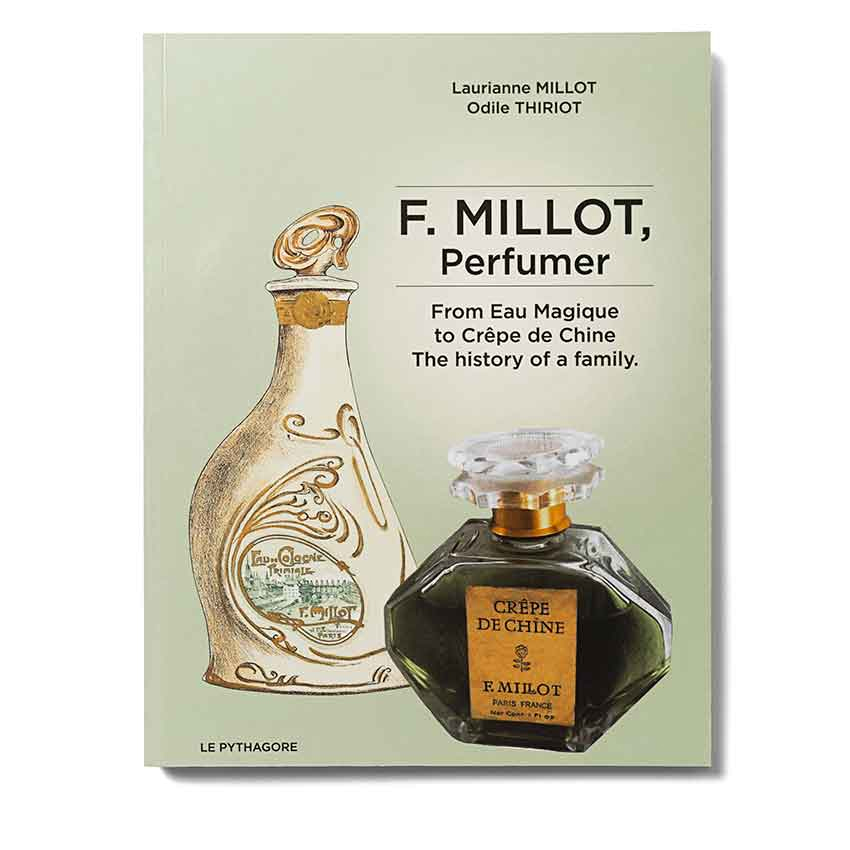 The Parisian house F. Millot knew how to take a preponderant place on the market between 1860 and 1970. By its essentially family character, it assumed a very particular importance in the history of perfumery. Félix Millot, from a family from Bouchon-sur-Saulx, in the Meuse, became a perfumer at the age of 30. He was not a creator, but a merchant and manufacturer, like most of his colleagues in the second half of the 19th century. At that time, the discovery of synthetic molecules, the extension of commercial exchanges and the evolution of industrial techniques, are all factors that promised perfumery a very bright future …

Unfortunately Félix died at the age of forty-four. Louise, his wife, expertly managed the perfumery and made it one of the twenty most important by the end of the century, alongside Guerlain, Piver, and Roger & Gallet. She handed over the torch to her grandchildren who went through the ordeals of wars, economic, monetary and social crises, but who in turn were able to transmit the heritage to their children.

During this beautiful story, we witness the birth of more than three hundred creations, most of them perfumes. But only a few, created by Jean Desprez, will make it to the United States: “Recital”, “Altitude”, “Regard”, “Precious Wood” and “Crêpe de Chine”. The F. Millot perfumery has surrounded itself with great artists, such as Hector Guimard, for the creation of its bottles, cases, advertisements, for the decoration of its stores and its stands in the various Exhibitions which earned it numerous awards.

Ten years of research were necessary to reconstruct the course of this company. It would have been a shame for perfumes as beautiful as “Crêpe de Chine” to sink forever into the obscurity of our memories, after having illuminated the Parisian elegance so much with a trail “enveloping like silk”.