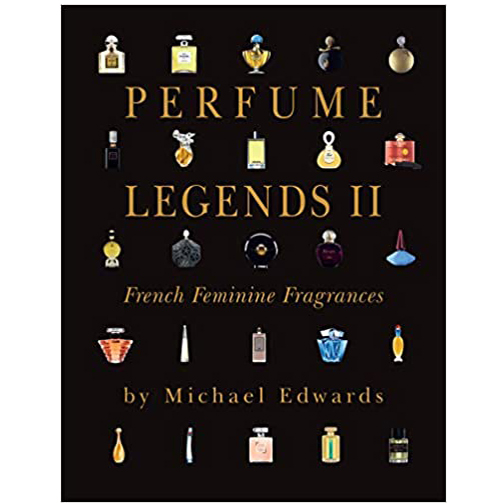 ” A great perfume is a work of art. It can lift our days,haunt our nights and create the milestones of our memories. Perfume is liquid emotion.”

We all know Michael Edwards as a British fragrance expert, author, and founding editor of Fragrances of the World, the largest guide to perfume classification. His lectures and writings, including the book Perfume Legends: French Feminine Fragrances, pioneered critical scholarship on the history of perfumery, while his fragrance wheel marked a major innovation in perfume retail.

Perfume Legends: French Feminine Fragrances was published in 1996 and is now considered one of the most significant books written on modern perfumery.

The selection of the fragrances for the PERFUME LEGENDS II book was based on one important factor: the structure of the fragrance should be so innovative as to inspire many other perfumers to follow the same course.